Curious about cannabis and its effects and contraindications? Our experts provide straightforward, fact-based answers to all of your questions. 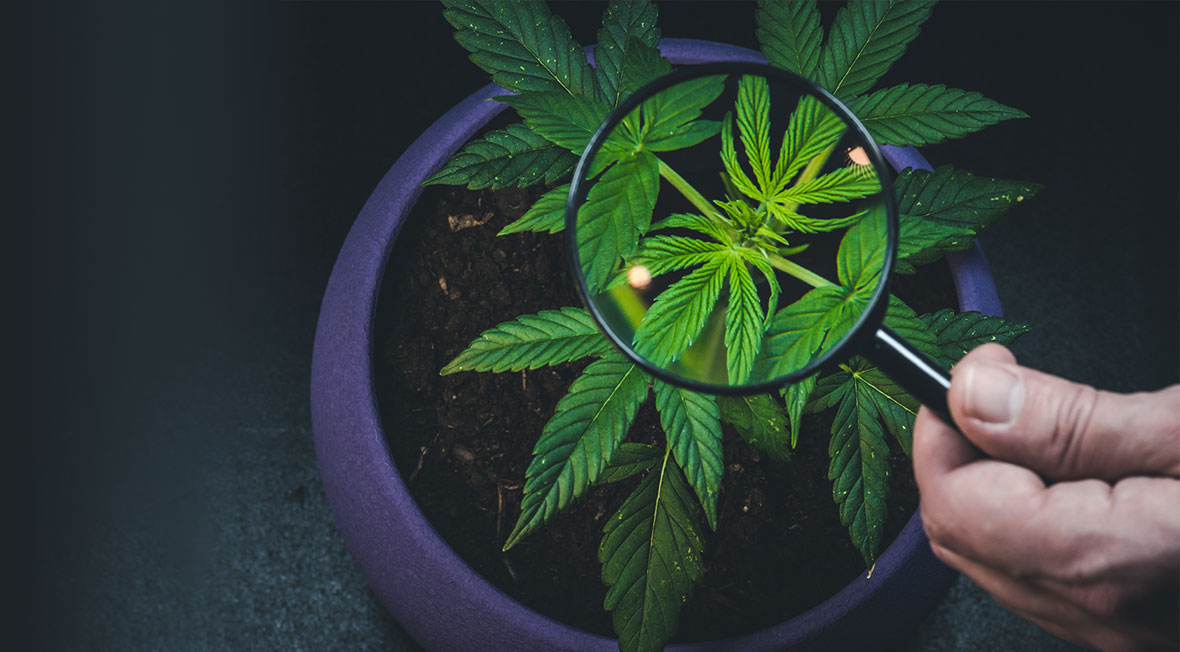 Does cannabis really make you paranoid?

Some people may experience anxiety or paranoia after consuming cannabis. Not everyone has this reaction, which is linked to the level of THC (tetrahydrocannabinol) in the cannabis.

This feeling of paranoia disappears after a few hours as the THC is naturally and gradually eliminated by the body.

Some studies suggest an association between the consumption of cannabis with a high concentration of THC and the development of certain psychiatric illnesses, including schizophrenia.

The risks are higher if the consumer is young, consumes cannabis regularly and/or intensively, or has a personal or family history of schizophrenia.

Why do my eyes get red after I’ve consumed cannabis?

Cannabis contains THC (tetrahydrocannabinol), which lowers blood pressure. This leads to the dilation of blood vessels and an increase in blood flow.

Why do I sometimes get so hungry after consuming cannabis?

Research has shown that THC (tetrahydrocannabinol) activates certain parts of the brain linked to feeling hungry and thirsty. It also triggers the release of appetite-stimulating hormones.

Cannabis has no effect on me. Is it really possible I’m immune to it?

Cannabis contains more than 500 active substances, the most well known and frequently studied being THC (tetrahydrocannabinol) and CBD (cannabidiol). THC is a psychoactive substance that causes a euphoric reaction, while CBD counters the euphoric effects of THC.

Everyone has a different number of receptors and a different affinity for THC and CBD. This could explain why some people don’t feel the euphoric effect of cannabis, since CBD receptors prevent THC from binding.

What are the positive and negative effects of cannabis on my body and my overall health?

Cannabis is a drug that is considered to be disruptive to the central nervous system. Our brain interprets the information it receives from our senses differently than it normally would, and we also respond differently.

The following are some of the most frequently cited effects of cannabis:

There is also a risk of the following side effects:

A number of studies show that the regular consumption of cannabis affects mental health and could lead to the development of psychological symptoms or problems, including the following:

People who use cannabis from a young age (i.e., during adolescence) or have a history of psychiatric disorders are at greater risk.

It’s important to remember that cannabis contains several active substances, each of which has different properties and is found in different quantities in products authorized for sale. Cannabis products contain the following:

For an overview of the medicinal effects of cannabis, refer to question 15.

Is it true that cannabis destroys neurons?

Cannabis doesn’t destroy neurons, but it does interfere with the transmission of nerve impulses between neurons. Messages sent from the brain to our senses of perception (sight, touch) are therefore altered when we consume cannabis.

Is it true cannabis can cause erectile dysfunction?

Studies on this subject show contradictory results. Some demonstrate that cannabis diminishes libido and testosterone levels, while others indicate an increase in sexual desire. The effects differ between men and women and are often linked to the amount consumed.

Inhaling tobacco and cannabis simultaneously increases the lungs’ exposure to chemical products. According to the Quebec Lung Association, a joint is equivalent to five cigarettes in terms of chemical content.

Cannabis smoke is therefore harmful, and regular consumption can lead to health problems ranging from bronchitis, coughing, and respiratory infections to lung or throat cancer.

Consuming alcohol and cannabis at the same time exacerbates the loss of faculties such as alertness, balance, and reflexes. Cannabis amplifies the effects of alcohol.

Furthermore, alcohol increases and accelerates the absorption of THC in the blood, which amplifies its euphoric effects. It goes without saying that consuming alcohol with cannabis is strongly discouraged.

Can you really become addicted to cannabis (medicinal or recreational)?

Yes, it is possible to become dependent on cannabis, just as you can develop an addiction to nicotine, alcohol, and other drugs. It’s estimated that 9 percent of people who use cannabis are at risk of becoming addicted, particularly men and tobacco smokers.

People who started consuming cannabis during adolescence and consume it regularly are also more at risk of developing a cannabis use disorder.

I think I’m addicted to cannabis. Can my pharmacist help me quit?

Yes, your pharmacist is a health professional who is available to help you with your cannabis dependence. They can provide you with tools and refer you to resources that will help you control and reduce your consumption.

Is it possible to overdose on cannabis?

The severity of cannabis poisoning varies from one person to another and often depends on the amount consumed.

What are the differences between medicinal cannabis and recreational cannabis? Do they have the same effects?

Medicinal cannabis is dispensed after the user has obtained a prescription from their doctor. It is used to relieve a medical condition diagnosed by a health professional.

Since 2016, it has been mandatory to request permission to grow cannabis at home, designate someone to grow it for you, or obtain it from a licensed producer.

Medicinal cannabis is available in various forms, including the following:

The concentrations of THC/CBD are determined by the prescriber and can be adjusted as needed. Generally, medicinal cannabis contains a higher concentration of CBD so that the user can benefit from its pain-relieving, tranquilizing, and anti-inflammatory effects.

Recreational cannabis, which was legalized in Canada in October 2018, is cannabis consumed for personal use. It can be obtained from the SQDC (Société québécoise du cannabis).

The purpose of recreational use is often to feel the euphoria commonly known as the “high.” Products contain varying ratios of THC and CBD.

Can I get cannabis at the pharmacy?

A number of interactions between cannabis and other medications have been recorded. Don’t hesitate to consult your pharmacist to ensure your medications are compatible with cannabis consumption.

What illnesses can medicinal cannabis help with?

Currently, there is limited scientific data on the medicinal benefits of cannabis. There is still a lot of research needed on the subject, which is why the use of cannabis for medicinal purposes is usually a last resort.

Medicinal cannabis is used for the following:

It is used in the treatment of certain illnesses when other medications have not produced the desired effect.

However, studies show that medicinal cannabis could be beneficial for certain health problems, including the following:

Are there people who should avoid using cannabis?

Yes. Health Canada does not recommend cannabis use for the groups of people indicated in the table below: