Is earwax troubling you?

Generally speaking, earwax, also known as cerumen, removes itself naturally from the ear. However, in some cases, a blockage may form and affect your auditory health. There are several solutions, some of which are very simple, that can help eliminate earwax efficiently while protecting the health of your ears. 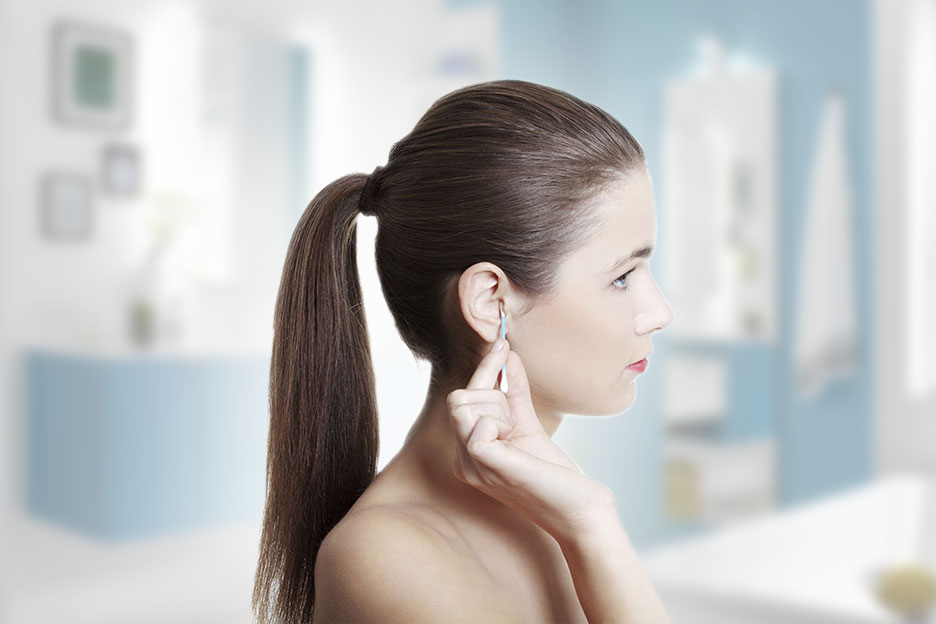 Earwax: not so pretty, but useful

Many people mistakenly believe that the production of earwax is abnormal and that it is best to keep removing it from the ear canal. Although an excessive accumulation of earwax can indeed become problematic when a blockage is formed, it is important to know that cerumen can also be beneficial.

Cerumen is a waxy, yellowish substance that is secreted in the external auditory canal. It can present itself in many different forms, from liquid to very solid.

Earwax is useful in several ways, allowing to:

The ear’s external canal usually cleanses itself through a natural movement of the cerumen towards the outside of the ear. However, the natural earwax-removal process can occasionally be hindered and a blockage may form, which then needs to be removed through various methods, depending on the severity of the situation.

Earwax can have a tendency to accumulate in some situations. For example:

Symptoms to watch for!

An earwax blockage can manifest itself in many ways:

How can I remove the earwax blockage myself?

First and foremost, avoid using cotton swabs or any other sharp object to remove earwax. This might make the situation worse or even cause severe injury.

Several products can help to either soften or dissolve the blockage in order to facilitate its removal. The following chart explains various simple treatment options.

Commercial products are also available at the pharmacy. It is important to note that some products contain peanut oil and are therefore contra-indicated in people who are allergic to peanuts. Your pharmacist will provide you with all the help you need to choose the most appropriate product.

No matter which treatment you opt for, it is recommended to:

When should I see a doctor?

It is important to not perform self-treatment and to see a doctor if you have:

In addition, if you have tried one of the above-mentioned home treatments and have not obtained the desired results, it is best to see a doctor who will use mechanical methods, if needed, to remove the earwax blockage.