It is a well-known fact that smoking cigarettes affects our health in many ways and considerably reduces life expectancy. Lung cancer is one of the major health risks, and thousands of Canadians who smoke place themselves at risk by smoking. 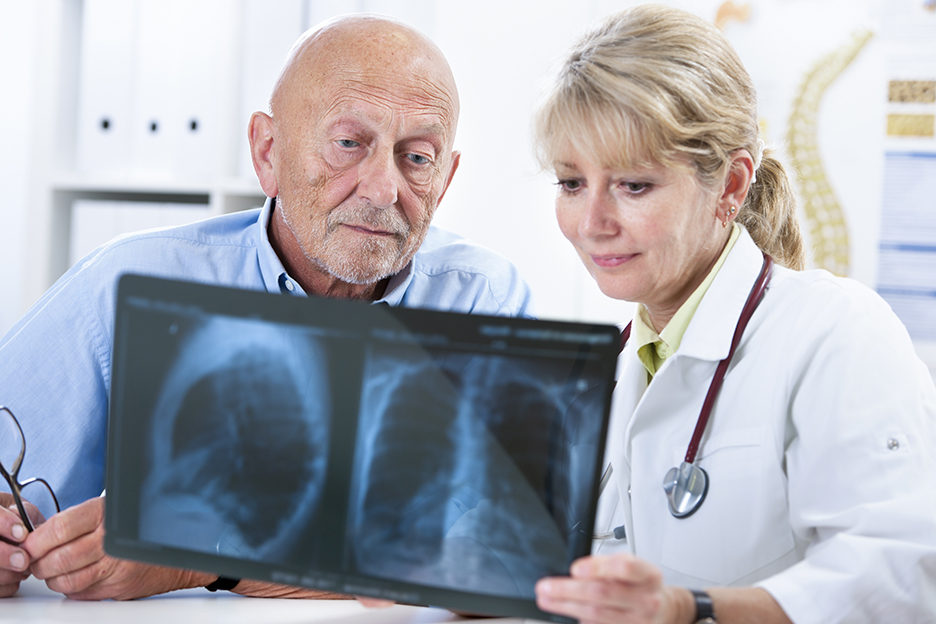 What is lung cancer?

Lung cancer is a form of cancer that develops in lung cells. These cells begin growing abnormally and uncontrolled, which results in the formation of a tumour. Damage to the lungs will bring about numerous symptoms in the affected person.

There are cancers that come from other parts of the body, but which grow in the lungs. In these cases, technically speaking, it is not lung cancer, but rather a metastasis.

There are two major types of lung cancer:

A deadly and too common cancer

In Canada, lung cancer is the second most frequent cancer diagnosed, counting casualties every day. This cancer is the cause of the most deaths in the country. An estimated 26,000 Canadians are diagnosed with lung cancer each year, 20,000 of whom will die, representing two deaths per hour.

Factors that contribute to lung cancer

Tobacco use is still the main cause of lung cancer, linked to more than 85% of cases. Cigarettes get the blame, but other types of tobacco product (pipe, cigar, etc.) are also considered dangerous.

Among non-smokers, second-hand smoke is a major cause of lung cancer.

Second-hand smoke is the smoke that becomes airborne when another person smokes. It causes more than 360 deaths from lung cancer annually in Canada. This smoke contains more than 7000 chemical substances, many of which are harmful to our health. Not only can these substances cause lung cancer, they can also cause other illnesses, such as asthma, sudden infant death syndrome, cardiovascular diseases and other types of cancer.

Exposure to radon is also an important risk factor for lung cancer. It is a gas that may be present in harmful levels in homes or buildings. It is the leading cause of lung cancer among non-smokers.

How is lung cancer detected?

Regular visits to your doctor allow you to monitor your health condition and act rapidly if a problem is detected.

Can you treat lung cancer?

Lung cancer can be treated. Treatments are more effective when initiated during the early stages of the illness. The main treatments are: chemotherapy, radiotherapy, and surgery.

The affected portion of the lung can also be removed through surgical procedure; this treatment method is used quite often.

Depending on the type of lung cancer, the stage of the disease and patient preferences, the medical team will establish an individualized treatment plan. Often, this plan combines more than one type of treatment.

How can we prevent lung cancer?

We can take steps to reduce our risk of contracting lung cancer. Some of the main preventive measures are:

There is no better way than quitting smoking to avoid developing lung cancer. If you are a smoker, do not wait until it is too late. Consult your pharmacist who will be able to help you establish an effective action plan to stop smoking forever. With the help of a competent healthcare professional like your pharmacist, and access to a smoking-cessation aid, you multiply your chances for success. Add years to your life, and life to your years!