Adolescence is a period during which a lot of importance is placed on physical appearance. Some teenagers go as far as developing an unhealthy relationship with food. Would you know how to recognize the signs of an eating disorder in a loved one? 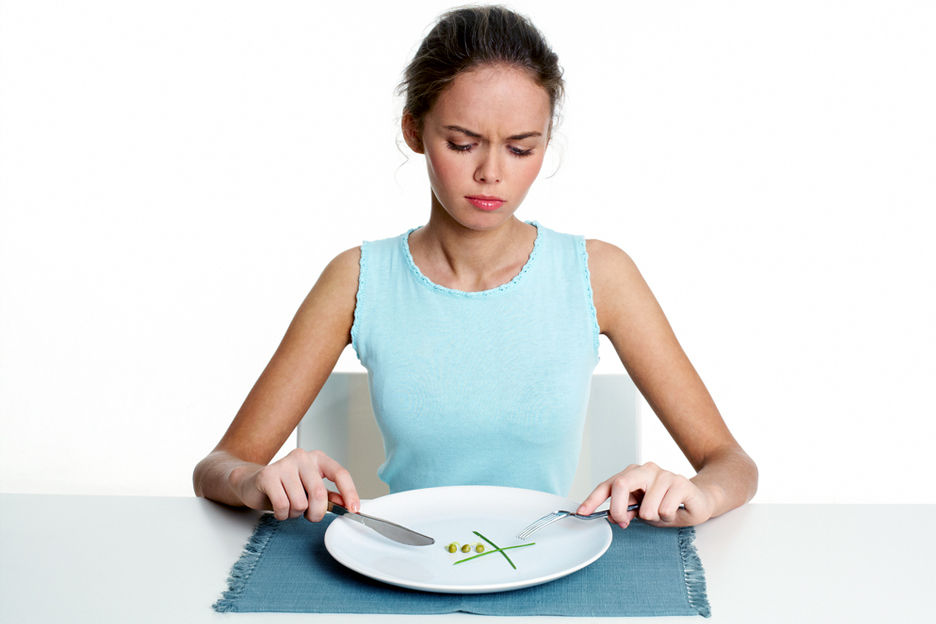 There is no doubt that the fashion industry’s obsession with thinness puts pressure on young women throughout the world, as countless numbers follow strict diets in order to lose weight and look like runway models. When it comes to weight loss, how can you differentiate between a restrictive diet and an eating disorder?

People who suffer from an eating disorder (anorexia or bulimia) all have one thing in common: a distorted view of food, their weight and their body image. This can lead to serious consequences on their physical and psychological health.

Eating disorders usually appear in adolescence or early adulthood, with the average age being 14. Anorexia and bulimia affect women more than men; in fact, men only represent 10% of cases. In Québec, the rate of eating disorders in women aged between 13 and 30 is approximately 3%.

People who suffer from anorexia voluntarily and dangerously reduce their intake of food and avoid all situations that could possibly lead to weight gain. For example, they refuse to eat new foods, they weigh their food and they refuse to let anyone else prepare their meals. Sometimes, they also exercise excessively.

People who suffer from anorexia usually have:

Despite their low weight, these individuals see themselves as being too fat. This can lead to physical consequences, such as sleep disorders and memory loss, and they can also become intolerant to the cold and lose their hair. Other, more serious health problems, such as slower heart rate, anemia and imbalance of electrolytes in blood can also appear. Finally, in 30 to 50% of cases, anorexic individuals also have issues with bulimia.

Psychotherapy is a must once the anorexic person finally recognizes and accepts the disease. In general, anorexic people have difficulty acknowledging their condition. Making them face their disease forcefully is usually not recommended, nor is making comments, even positive ones, about their weight or appearance. A team approach by several professionals, including a doctor and a nutritionist, is essential to allow the affected person to return to a healthy weight and a positive, healthy attitude towards food.

People who suffer from bulimia consume excessive amounts of food and compensate for these binges by:

Bulimic individuals often feel a huge loss of control and shame. They often have a normal weight or are sometimes even overweight, which makes it more difficult to diagnose the disease. A diagnosis is confirmed in the presence of repetitive bulimia episodes, i.e. two to three times a week over a period of at least three months.

People who suffer from bulimia often have issues with depression or anxiety. Drug and alcohol problems are also frequent. Repetitive vomiting can, among other things, cause dental erosion and inflammation of the oesophagus.

Some of the treatments for this condition include psychotherapy and antidepressants. These measures are used to reduce the person’s compulsive behaviours towards food. Like anorexia, it is best that several professionals work as a team with the sufferer.

As a parent, it is normal to feel helpless when you suspect or know for a fact that your teenager has an eating disorder. If you are in this situation, here are a few tips that may help:

Unfortunately, there are many causes of eating disorders, and they rarely disappear without treatment. People who suffer from them need support throughout the recovery process, which can be long and difficult. Family support is an important part of the solution; initiate dialogue with your child, without judging or criticizing. The road to healing will probably be easier that way. For your own good, but especially that of your teen, don’t hesitate to seek the help of professionals. This will undoubtedly take a big weight off your shoulders.

The CSS Cleaner is a brilliant free online tool to take care of your dirty markup.